Here we go!! Our first trip in the new home on wheels. It was planned and then it was canceled and then we made it happen at the very last minute – there was a lot going on. If you’re not caught up, read our previous blog (here) to see what got us to this point. So we finally hit...

Here we go!! Our first trip in the new home on wheels. It was planned and then it was canceled and then we made it happen at the very last minute – there was a lot going on.
If you’re not caught up, read our previous blog (here) to see what got us to this point.

So we finally hit the road at 3am. That’s right, 3:00 in the morning. We were making things happen, it also took A LOT longer than we expected to get the rig packed up and in so we could hit the road. One of many new learning curves of our new RV life. We did it though. Shockingly, we weren’t tired – just really amped up and wildly alert. 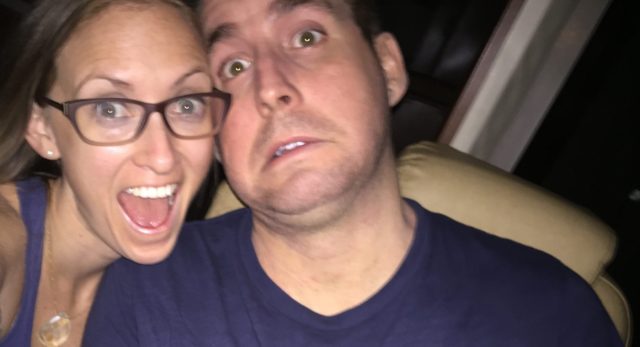 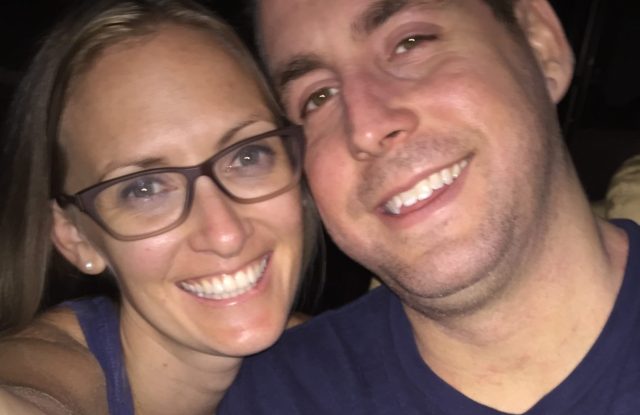 Buckle up! Its 3am and time to hit the road!

As James likes to say since we started…  “WE’RE DOIN’ IT!”
We were driving down the road, sitting next to each other in our captains chairs for the very first time – what a moment. We were having an assortment of feelings at this point. We could not wait to get to North Carolina and we could not believe we were driving down the interstate in OUR NEW RV – even if it was in the early morning hours.

I know I mentioned before that we set out for this trip after a long day, yet we weren’t tired, etc. Well, we were wrong – hahaha. We stopped in Ormond Beach (just down the street from our dealership, Giant Recreation World) of all places to fuel up and clean the giant windshield and kept on moving. THEN the tired started to catch up to us. We were relatively close to the Florida and Georgia state line, but we needed sleep! So we pulled over at a rest stop and crawled into bed – which is actually like a cozy little den with the slides in. We slept hard for a handful of hours, woke up, went to Chick-Fil-A for some much needed breakfast and got back on the road.

We called Grandma and Grandpa to check in. Grandma answered the phone in pure delight “WHERE ARE YOU?!” I said “…we’re still in Florida” she exclaimed “WHAT?! Grandpa, they haven’t even gotten out of the state yet, can you believe this?!” She laughed SO hard. We had to explain to her the whole 3am fun, but I think she was still too busy laughing at the fact that we were not in the mountains of Asheville, let alone out of the state yet. She told me not to call her back until I reached North Carolina and told us that we need to get used to driving more hours in this thing at one time, like Grandpa used to – oh boy. Needless to say, I didn’t listen and called her back as soon as we crossed into Georgia and every other stop we made. I also had to remind her that we weren’t going straight to Asheville, we were making a couple stops along the way to visit some of our dear friends before retreating to the mountains.

We were really looking forward to this! Our first stop was in Sanford, North Carolina to visit one of my best childhood friends, Blake along with his wife and three daughters. Blake and I have known each other for so long that we’re like siblings…

I was leaving the RV as a surprise for Blake so he was just expecting James and I to roll up in a standard vehicle. Blake and the kids were outside with their neighbors, awaiting our arrival. His neighbor saw an RV driving down the road and asked Blake if that was us and as Blake was saying no he set his eyes on me in the passenger seat and was completely stunned. It was a fun surprise and the kiddos LOVED it!! 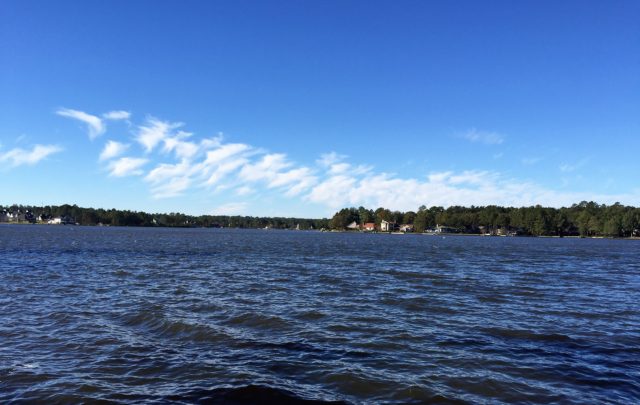 We absolutely loved this lake view!

We stayed there overnight and played with the girls, hung out around the lake and watched the meteor shower, which I had never experienced before and was completely floored about. The girls wanted to keep playing in the motorcoach and begged James to give them a ride so he drove them around in circles as they bounced around in delight. It was adorable and everyone of them took their turn pretending to drive it while parked in the driveway. 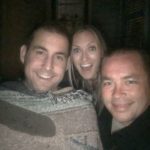 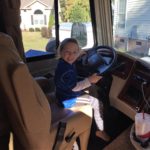 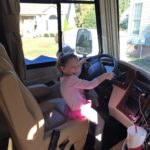 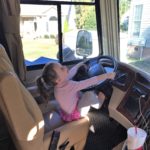 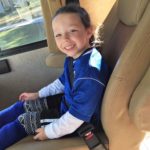 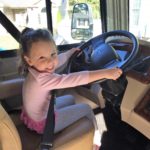 Klaire (it was impossible to get a photo of lil’ Karley)

After we left Blake & Co. we were headed to Greenville, NC for what ended up being a two night stay with Bridgette (one of James’ dearest childhood friends), her husband Marcos and Bridgette’s mother Debbie and her husband Forrest.
BUT before we arrived, we just had to have a little unexpected “fun” first.

As we were getting closer to Bridgette and Marcos’ home, I went into the bathroom to do what girls do and freshen up my makeup and make sure I looked presentable and not a rumpled traveling mess. Well, in that very short period of time, James hit a curb on a turn that rocked us pretty hard. The fridge flew open and everything fell out, stuff slid around in the entire walkway area from the couch to the bedroom and everything in the shower flung around – me included. I literally bounced around the entire bathroom like a pinball – that’s not even the slightest exaggeration either. I hit every part of that bathroom except for the ceiling and I still can’t figure out how I ended up in the shower, getting knocked in the face with vacuum cleaners and James couldn’t hear me screaming and banging around.

Luckily, he found a spot to pull over so we could clean everything up. I miraculously made my way out of the shower and tried to escape the bathroom, only to find out that I was trapped by god knows what blocking the door. I pushed and all I could eventually get was a very slight crack where I could wedge my face into it to see where James was and what he was doing… he was picking up everything that flew out of the fridge. I called out to him and he was talking to me like normal because he had no clue what happened in the bathroom and so I asked him to set me free first and then shared my thrilling experience while he told me what he hit and how. We put everything back together and hit the road without anymore curbage – SUCCESS!

Now back to our regularly scheduled program… James had not seen Bridgette & Co. in five years and they are essentially his second family. We joked that we were finally meeting some of each others childhood best friends and how I had expected Blake to grill James like he’s done in the past and James expected both Bridgette and especially her mother, Debbie to grill me and yet James basically got roasted – hahahaha – it was a GREAT time!

The moment we pulled into the driveway, they all came running out to meet us and I had James step out before me because, from what I’ve heard, they were going to be pretty emotional about seeing him and I wanted them to have their moment before having introductions. It was heartwarming to see in all seriousness. Debbie rushed over, latched her arms around James’ neck and just started crying tears of joy, love and maybe a little Crown Royal. Then she took one look at me before welcoming me with open arms and we all lived happily ever after! :::clink!:::

It was a brief, but an absolutely fun time. We all blended well together and there was endless laughter from beginning to end… and some more happy tears in between. Debbie took some time to sit with James and I individually for a nice little heart to heart, but in the end the only thing she was saying was telling James that he better take good care of me, hahaha. I’m family now!