A tornado of cream, cold, and cone. That's all it takes to destroy one of those poor porcelain beauties we so often take for granted. Was it worth it? You bet your sweet...you get the point.

Full disclosure, I’ve had sporadic pain with this tooth for the better part of five years. The true origin of the issue was a year-long cheap chocolate binge I happily rode during my two and a half year stint in Scotland. Pain would come and go until one fateful banana chip would dislodge a piece of the tooth earlier this year. The knockout blow, however, would belong to my old cold friend, ice cream.

The ice cream capital of the universe? 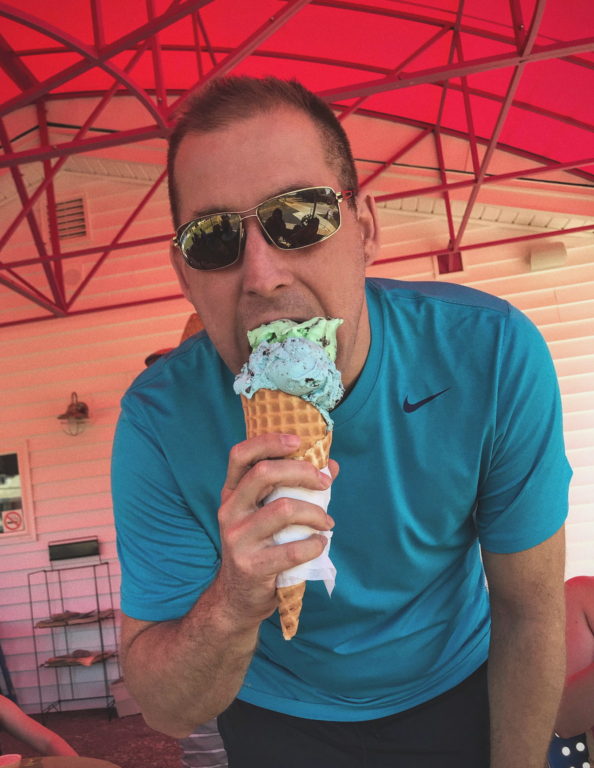 When good people do bad things.

In an effort to escape the unsavory sweltering southern heat, we made our way north to Byron, New York, a tiny town situated between Buffalo and Rochester. Farms, barns, and small town charm abound. The town center is a single intersection with a blinking red traffic light. We immediately adore the area, and that adoration only grows after we meet several locals and happily add to our extended family.

After enjoying nearby Letchworth State Park and hiking upstream to the beautiful Warsaw Falls, we start to notice the surprising surplus of ice cream shops. Now we’re originally from Florida, and if you’ve ever been there during the summer, you know that’s like existing on the surface of the sun…inside someone’s mouth (i.e. it’s terrible). And yet there are primarily crappy chain ice cream shops like Cold Stone and Dairy Queen. In an area so unforgivingly hot, ice cream has never seemed like a priority, but I suppose when every day feels like summer, you take summer fun for granted.

Driving around Western NY there are easily as many local ice cream shops as there are Wal-Marts. If that’s not cause for celebration, I don’t know what is.

These people do not play!

Apparently it’s not enough to glaze the earth with creameries and ice cream shops, you also have to dole out scoops the size of softballs for what feels like 1995 prices!

By the time we make our first tour stop into Yummies (full review here), I’m about to pee myself with excitement. The door opens and I see this girl holding a waffle cone with what appeared to be an human-head-sized serving of ice cream on top.

“Holy hell! What size is that?!” I nearly shouted at her.

She pauses with a smirk on her face and says, “Small.”

It was a small.

She had the small.

I pee a little.

I quickly regain my focus and turn my attention to the flavor and pricing board. The small is only $2.75. Now I’m just peeing everywhere. The excitement of impending creamy goodness and perceived savings has caused my bladder to erupt. I am overcome with joy despite my unsanitary predicament. It is an amazing feeling. Supremely satisfying and grossly frightening at the same time.

Every stop is like this. Huge servings for a fraction of what you would pay in more populated areas. A little scoop of heaven, if you will. Eventually I manage to corral my bladder so the tour can continue.

We hit up a total of six ice cream shops in a, roughly, 25 mile radius. All of this done in the name of research, mind you. The responsibility bestowed upon me by society was nary a moment taken lightly. I bore the burden of this most critical quest, and I bore it proudly.

Unfortunately, though, like Icarus before me, I flew too close to the sun on wings of sugar and cream and now one of my molars hath betrayed me. There’s a stabbing pain in my jaw and while a hammer would technically do the trick, I have been advised to let a professional remove my disgruntled former friend.

It will be a sad day. We’ve done everything together up to this point, but I guess my daily brushing and swishing hasn’t been enough. We will go our separate ways and begin new chapters; Lt. Molar as a tooth with no root, and myself as the age-old stereotype – RV guy with space instead of teeth.

I have mixed emotions.

On the bright side – after 36.75 years, I’ve started flossing every day! 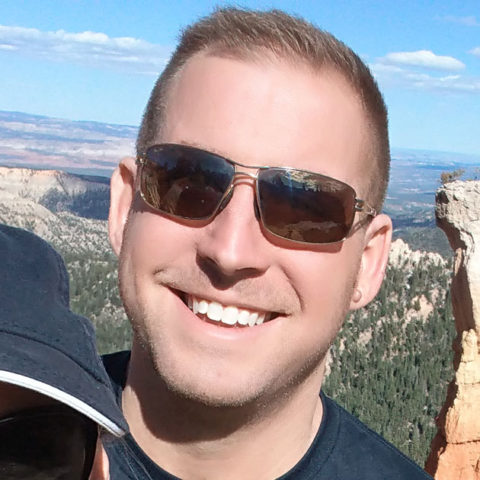